On the eve of the launch of a major new online onboarding program, the director of Human Resources and VP of Training and Development asked for a short video commercial to help introduce the program to all levels of management who would be implementing the new system.

THE challenge was having less than 48 hours to go from idea to delivery. 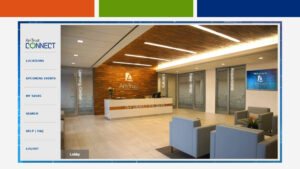 Fortunately I was the primary content creator for the new onboarding program, which was built on the ON24 platform, so I had loads of material from which to draw. I write a draft of the script within an hour and it was revised and approved in the second hour.

I recorded and edited the narration in Audacity. Then I crafted the video using photos I had shot and edited, documents we had created, and other Images that I quickly acquired.

The next morning, after first review, it was decided to add a welcome message from the Global HR director to the beginning of the commercial (not included in this version of the video). We recorded her message on her cellphone and I added her audio to the project accompanied by her still photograph.

At the last minute, there was a request to revise one part of the message. I had to record that in the office without my usual microphone, so there is a noticeable difference in the sound for a few seconds. But it was decided that the audio was acceptable.

The final video was published to Hubspot and the announcement was emailed to about 1200 managers about 36 hours after I received the request for the video. About 75% of them viewed the video within the initial launch week.